Then the Pumpkin Horror Theater is for you!

Free entrance... but it's not certain that you'll get out ...

All movies are public domain.

"Night of the Living Dead", George A. Romero 1968
The radiation from a fallen satellite might have caused the recently deceased to rise from the grave and seek the living to use as food.

"Carnival of Souls", Herk Harvey 1962
While driving her car with two girlfriends, the driver is challenge to a drag race and falls off a bridge over a river. When it seems that the girls have drowned and there are no survivors, Mary Henry surprisingly get's out of the water. A couple of days later, she drives to another town to work as organist in a church despite not being religious. While driving, she has visions of weird people. When she arrives, she moves into a room of the house owned by Mrs. Thomas. However Mary is haunted by spirits and is frequently drawn to a nearby abandoned carnival, where she discloses a dark secret.

"Invisible Ghost", Joseph H. Lewis  1941
"Invisible Ghost" is a horror film starring Bela Lugosi, shot in black and white, and directed by Joseph H. Lewis. Lugosi plays Kessler, a man controlled by homicidal impulses beyond his control. He is being controlled by his wife, who had left him for another man. She was involved in a car accident that has left her brain damaged and is kept in the basement, in secret, by Kessler's gardener. When an innocent man is executed for a murder done by Kessler in the house, his twin brother visits and tries to unravel the mystery. In the end it ends up that Kessler really is the killer and he doesn't know it. Kessler looks at the painting of his wife (that is stabbed on the throat) and then walks out to be arrested.

"The Corpse Vanishes", Wallace Fox 1942
A scientist, aided by an old hag & her two sons – a malicious dwarf and a brutish moron, kills virgin brides, steals their bodies, & extracts gland fluid to keep his ancient wife alive and young.

"Nosferatu", F.W. Murnau 1922
Count Orlok’s move to Wisburg and brings the plague, this reveals his connection to the Realtor Thomas Hutter, and the Count’s obsession with Hutter’s wife, Ellen – the only one with the power to end the evil.

"The Little Shop of Horrors", Roger Corman 1960
Seymour is a young man who works in a flower store. He manages to create a carnivorous plant that feeds on human flesh. Nobody knows about it, so Seymour and the plant become good “friends”. The plant needs food to grow up, so it convinces him to start killing people.

"Dementia 13", Francis Ford Coppola 1963
John Haloran has a fatal heart attack, but his wife Louise won’t get any of the inheritance when Lady Haloran dies if John is dead. Louise goes to his Irish ancestral home, Castle Haloran, to meet the family and look for a way to ensure a cut of the loot. Seven years earlier John’s sister Kathleen was drowned in the pond, and the Halorans enact a morbid ritual in remembrance.

"Tormented", Bert I. Gordon 1960
A man lets a former flame fall to her death rather than let her interfere with his new relationship, but her ghost returns to disrupt his impending nuptials. 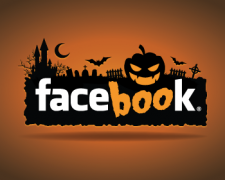 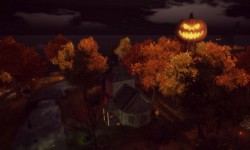 Pumpkin Town is back! One of the most famous Halloween towns in Second Life, Pumpkin Town is where you can experience deejay sets, live performances, shows, horror movies, freebies, a hunt and more. More info at pumpkin-town.blogspot.be. Event held October 1st to October 31.